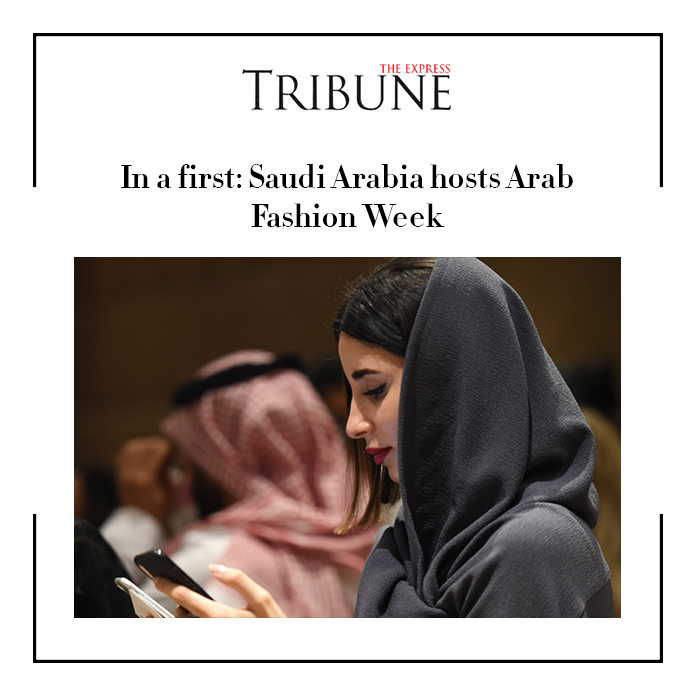 RIYADH: Jean Paul Gaultier and Roberto Cavalli are in Saudi Arabia — headlining the kingdom’s first ever Arab Fashion Week, an event that opened Tuesday to equal parts excitement and controversy.

Two weeks later than initially planned, the Saudi Arabian edition of Arab Fashion Week joins designers from Europe and the Arab world over the course of four days — including the kingdom’s own Arwa Banawi, whose The Suitable Woman line is adored by fashionistas across the region, and Mashael Alrajhi, the eponymous gender-inclusive label of a rarely-seen Saudi sheikha.

Princess Noura Bint Faisal Al-Saud, honorary president of the Arab Fashion Council in Riyadh, joined designers, influencers, and industry insiders from Ukraine to Lebanon for the inaugural season of fashion week at the Ritz-Carlton in Riyadh, the hotel now infamous as the holding place of hundreds of royals and businessmen arrested in a state-sponsored corruption crackdown.

“Fashion has always an interest of Saudi Arabia,” Princess Noura told AFP at the event.

“It has not been something that wasn’t on the table or in the picture,” she added. “Our fashion council is trying to bring the fashion industry in Saudi Arabia to a whole new level, a whole new industry.”

Listed as an international fashion week alongside Paris and Milan, Arab Fashion Week offers exclusively see-now-buy-now collections and pre-collections. Until this week, it had been hosted exclusively by Gulf fashion capital Dubai.

But unlike Dubai, the Riyadh shows are not open to cameras, and attendees remain women-only.

The ultraconservative kingdom has witnessed rapid policy change since the June appointment of Crown Prince Mohammed bin Salman, son of the king and heir to his throne.

As of this summer, women will be allowed to drive in the kingdom.

The crown prince has also hinted that the abaya, the long loose robe worn by women from the neck down, may not be compulsory.

“We are so excited today to be announcing a history and new era for the kingdom, and for the entire Arab world, which is Arab Fashion Week,” said Jacob Abrian, CEO of the Arab Fashion Council.
A second edition of Saudi Arab Fashion Week is already scheduled for October.

Dubai will continue to host its own parallel Arab Fashion Week, with the sixth edition slotted for May 9-12.