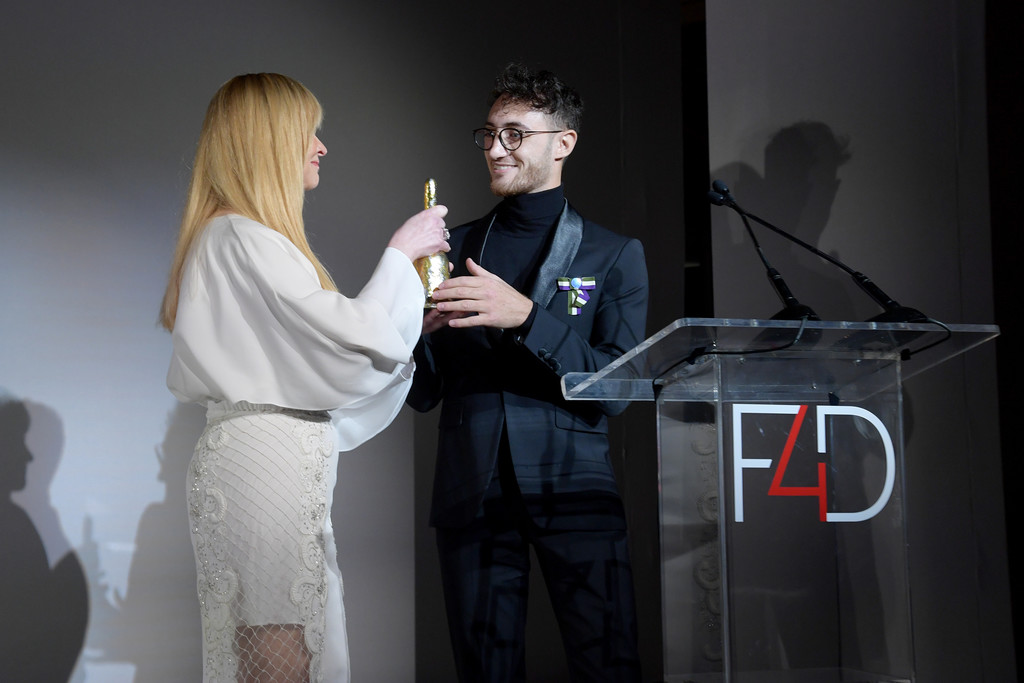 Jacob Abrian, founder and chief executive officer of The Arab Fashion Council has been awarded the League of Gentlemen Award for his role and contribution in creating opportunities for Arab talents in the region.

The award ceremony, which was held on the sidelines of the 74th session of the United Nations General Assembly in New York City, was part of the 9th annual Fashion 4 Development Official First Ladies Luncheon.

Its focus this year was a call-to-action to towards the noble goals of ending poverty and hunger to gender equality as well as education.

Other nominees winning the awards included Carla Sozzani, the President of The Alaia Foundation and founder of 10 Corso Como who was awarded The Fashion 4 Development Award and the French President, Emmanuel Macron, who was bestowed the Fashion 4 Development 2019 Medal of Honor in recognition for his exemplary leadership, courage and commitment to creating a more sustainable, equitable world by including fashion as part of the G7 agenda.

Speaking after accepting the highly coveted award, Abrian expressed gratitude to everyone who had supported him throughout his career. He also recounted with nostalgia how his upbringing in Europe taught him how a successful system could lead to supporting talent growth, which contributes to the entire national economy.

“I am so grateful to everyone who has walked with me every step along the way and believed in my vision. Starting my career as a model in Milan and graduating as an Architect with an honorary masters degree has allowed me to meet so many Arab talents abandoning their homes and scattered around the world desperately looking for opportunities. This is what gave me the determination to create an organization that can provide Arab talent and the women equal opportunities which we, fortunately, enjoy in Europe and America,” said Abrian.

Born in Lebanon and raised in Italy, Abrian founded the Arab Fashion Council at the age of 22 with a vision to establish a creative economy, fashion infrastructure in every Arab country and employ over 20 million women.

The council, which is an international extraterritorial authority, consists of 22 Arab nations with the sole objective to unite and transform the Arab world to become an intelligent supply chain of the world.

“The Arab Fashion Council initiatives culminate in the biannual Arab Fashion Week, which is held in Dubai. The event has positioned the Arab world on the international map of fashion. The Saudi edition of the Arab Fashion Week – the first-ever fashion event to be held in the country, has been instrumental in boosting the country’s reform plan”, Abrian added.

The Arab Fashion Councils categorizes the Arab world into 3 main clusters, the Raw Material Custer combining the North African Countries, which focuses on resourcing and producing the fabric, the Manufacturing Cluster includes the Levant countries such as Lebanon, Syria, Jordan and Palestine, and the Retail and Marketing cluster combining the Arab Gulf countries.

This system says Abrian, directly boosts an independent sustainable economy based on the most renewable resources. This also indirectly empowers women, which helps in creating a better environment to raise their children and limit illegal immigration.

Evie Evangelou, Fashion 4 Development founder urged all stakeholders to unite and contribute towards improving society. Making reference to the awards which were shaped to resemble a bell, Evangelou likened the recipients’ recognition to a wake-up call.

“They are presented to this year’s award recipients to ignite a call-to-action, a call to unite together, a wake-up call for each and every one of us, to contribute to the betterment of society. Bells have a deep symbolic meaning associated with the mind and the expansion of our consciousness. It’s time to sound the bell!” noted Evangelou.

And in celebration of the event the Arab Fashion Council also endorsed a fashion show tribute to Azzedine Alaia and the Alaia Foundation. In 2017, the foundation opened its doors to young designers giving them access to Alia’s work so that they can learn about his creative processes and possibly work in the studio to understand the craftsmanship.

The prestigious awards were designed and created by Luxury designer and artist Helen Yarmak as a symbolic hand-painted bell using silver and 24karat gold.

We use cookies to ensure that we give you the best experience on our website. If you continue to use this site we will assume that you are happy with it.Ok